Our estate was established in 1920 by Giovanni Mainerdo, who, fuelled by a great passion for wine, began vinifying small batches of grapes from certain areas of particular prestige in the municipalities of Neive and Barbaresco.

Now, more than eighty years later, the Mainerdo estate vinifies the grapes grown in its own vineyards (12 hectares) and also selects, vinifies and blends the grapes supplied by small winegrowers who have been working with Mainerdo for fifty years. Today the finest selections of these grapes are provided by the children and grandchildren of those farmers who supplied them to our grandfather. 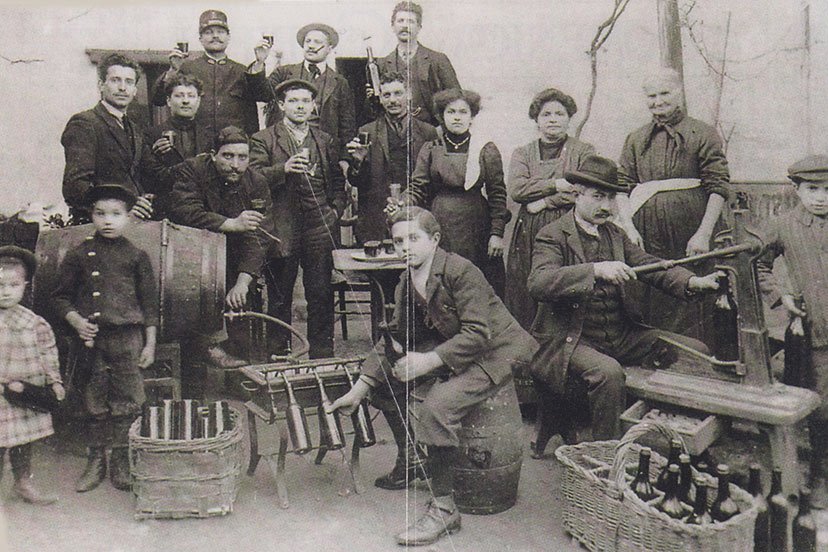 We first began bottling our wine in the 1930s

The vinification process is based on two main elements: the ongoing experimentation of new techniques, with respect for tradition and the temperature-controlled maceration of the grapes in steel tanks and oak barrels.

Old family photo with our dear friend Father Francesco, from the Convent of the Capuchin friars of Bra

Ageing takes place in barrels and casks of varying capacities made of Slavonian and French oak; this allows us to age each wine in the best type of container for the wine in question.

Our aim is to produce wines with a well-defined personality, distinguished by their unmistakable origins. The technical and commercial aspects of the business are managed by Giovanni’s children and grandchildren, who do their utmost to promote and consolidate his production philosophy. 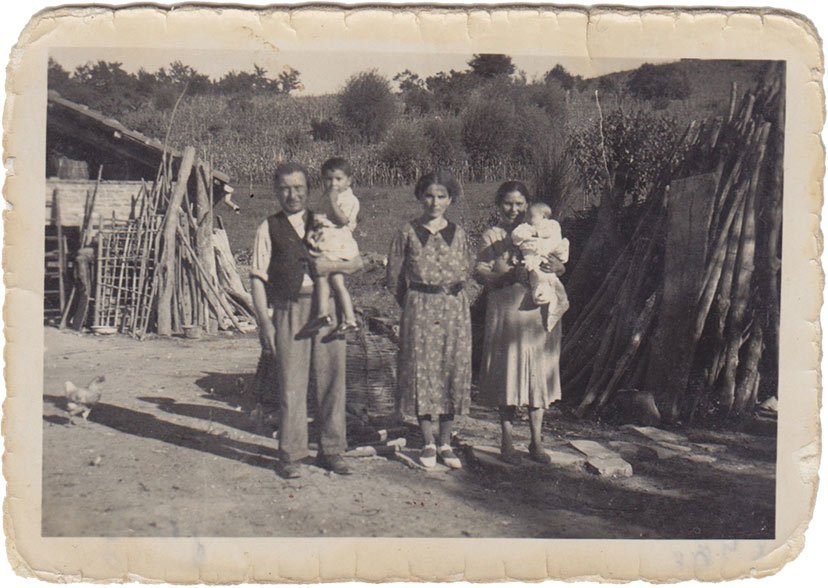 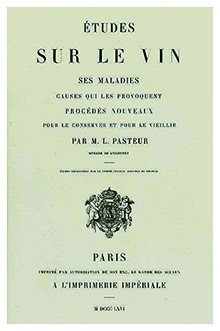 Born in Alba on the 21st of September 1970, Roberto studied viticulture and oenology at the Viticultural and oenological technical college in Alba, graduating with a thesis on fermentation sciences in 1990. 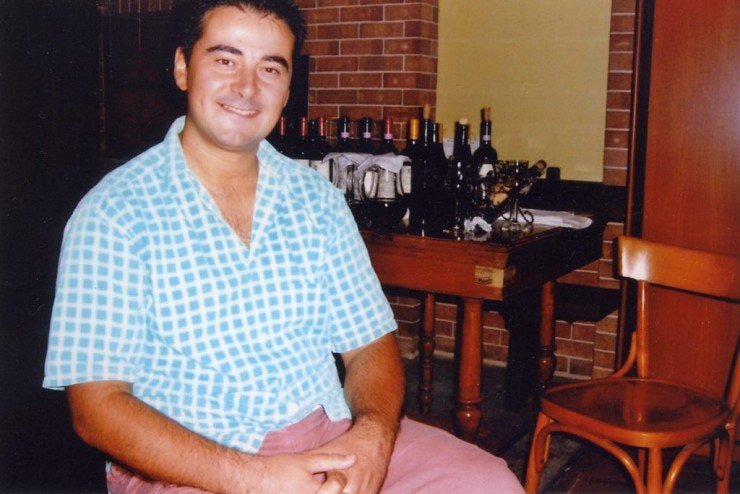 After completing his studies, he worked for a while at the cellars of Giordano Vini in Grinzane Cavour, followed by a year as a chemical analyst at a prestigious wine analysis and consulting studio. He then worked as a technologist for the Ferrero confectionery company based in Alba, enjoying interesting foreign work experiences in Turkey and Spain.
An important stage in his training is the one year internship in winery practices attended at the ISVV University of Bordeaux. He became actively involved in the family business in 1996 and continues to be responsible for the agronomic control of the vineyards and the technological process in the cellar. 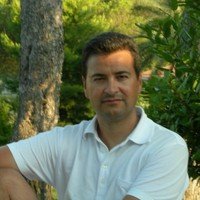 My brother Paolo became a permanent member of our company today.

Having graduated from Turin Polytechnic with a degree in environmental and territorial engineering, after a long time spent working for Miroglio Tessile in Alba, he decided to join the family business in 2019.
He is now in charge of accounting and telematics and is responsible for preparing and shipping orders to customers in Italy and abroad. He also assists his brother Roberto and Uncle Ilario with the overall management of the company. 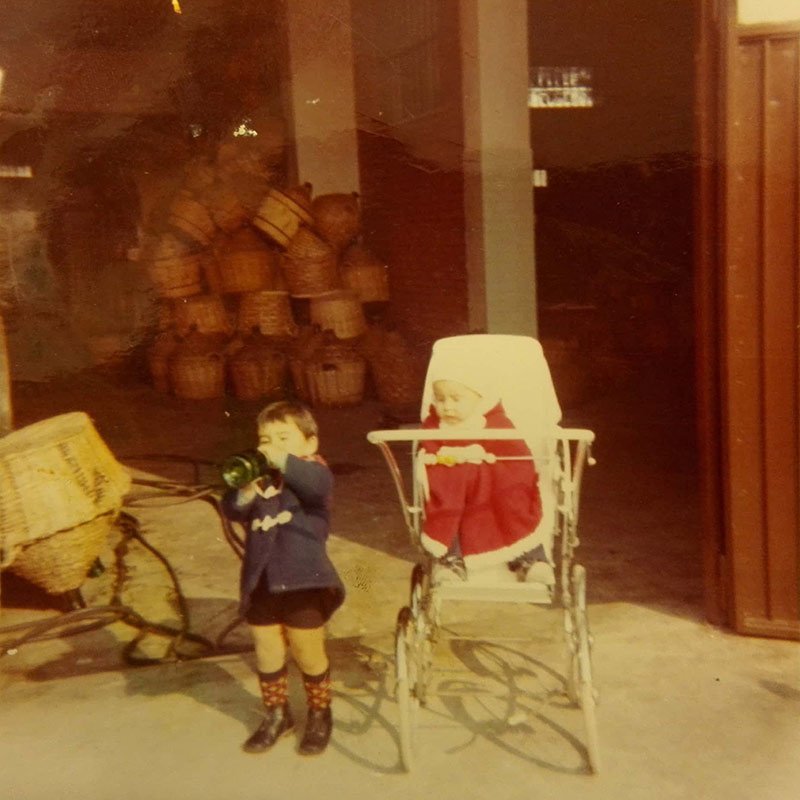 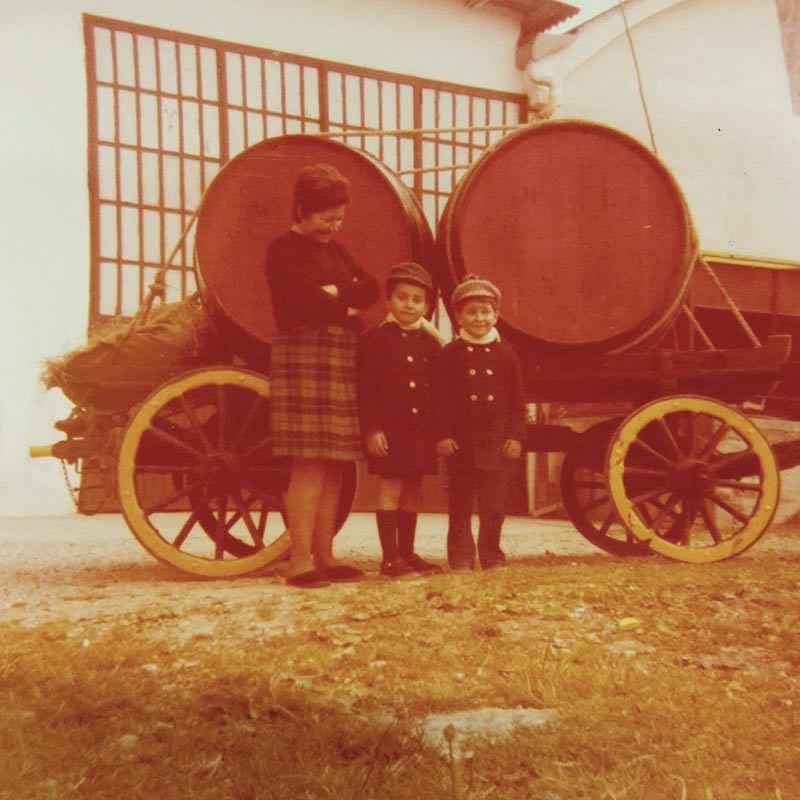 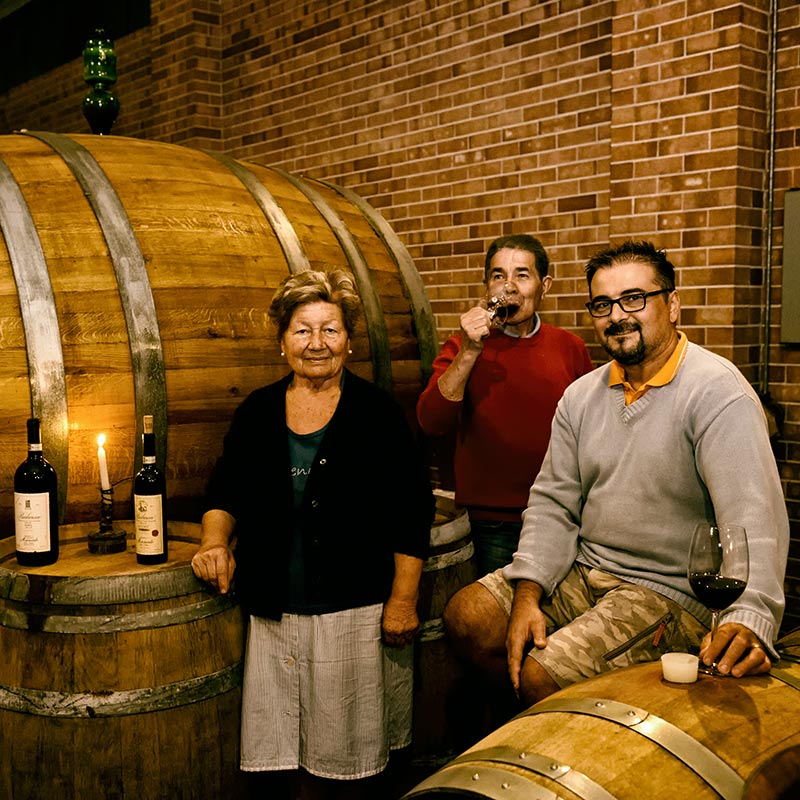